CHICAGO—It is appalling that the Chicago Teachers Union (CTU) is considering going on strike despite the fact that the city is offering the teachers much more than they are worth, according to Jim Tobin, president of Taxpayers United of Illinois (TUA).

“The starting salary of Chicago teachers is an amazingly-generous $52,958 according to published reports. In the private sector, how many entry-level jobs command such a salary?”

“Now the union is rejecting a raise of 16% over five years. The average teacher would get a raise of 24% over the life of the contract, based on years of service. Apparently that’s not enough for the union.”

“Most teachers outside Chicago pay 9% toward their pensions, but Chicago teachers would contribute only 2% of their pay. Taxpayers would be stuck with the remaining 7%.”

“Incredibly, the CTU wants more. Taxpayers should be reminded that Chicago teachers, like most government-school teachers, work only about 9 months a year for their annual salaries. While working-stiffs in the private sector are happy to get 2 or 3 weeks paid vacation a year, teachers are free to travel around the world during their 3 months annual vacation.”

“Taxpayers in Chicago are being devoured by high sales and property taxes. In the meantime, the City of Chicago itself is functionally bankrupt. The city is on the verge of collapse, and the CTU is hastening this process with its preposterous demands.” 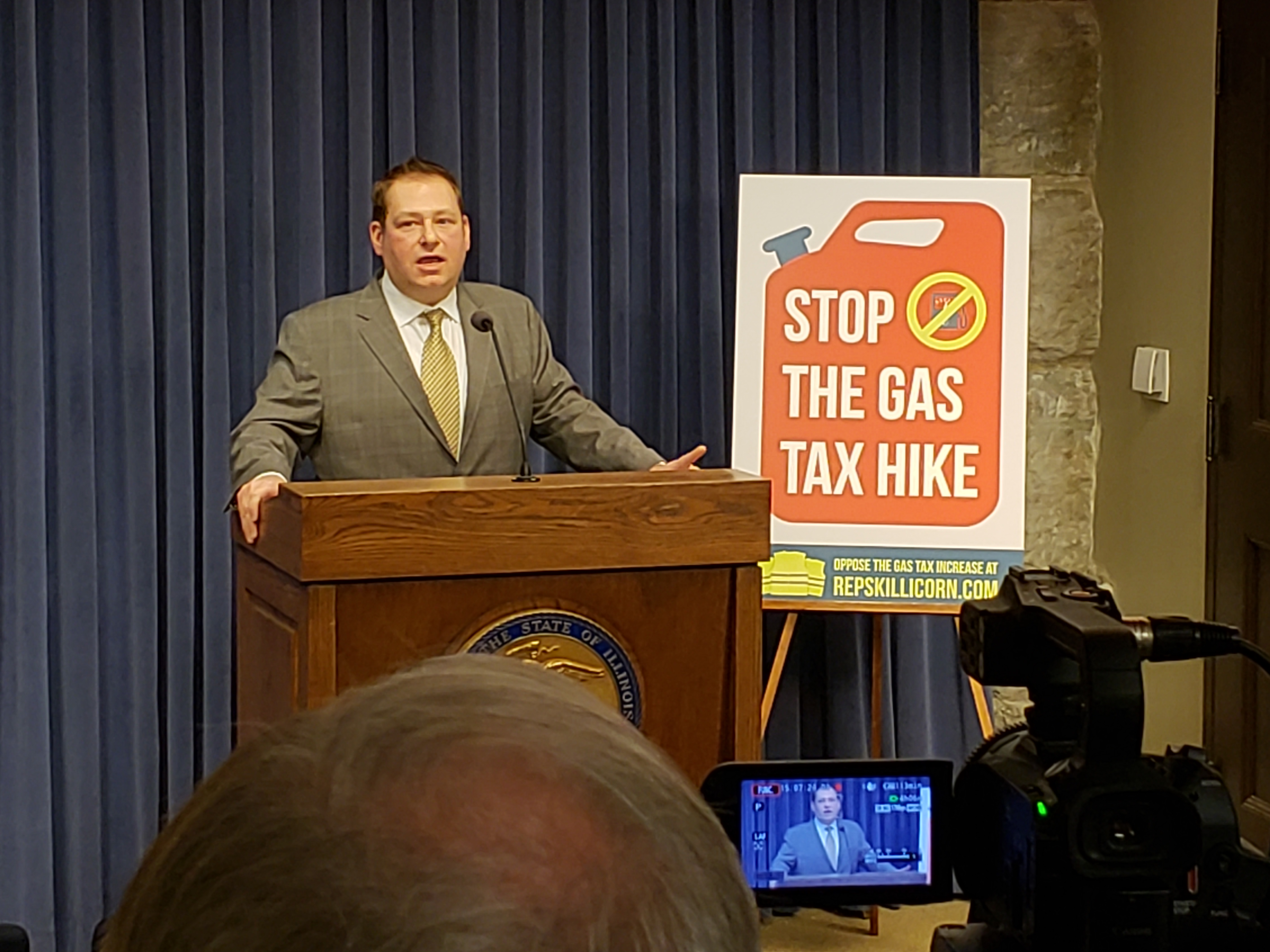 “I agree that legislators should start over in light of the FBI investigation into Sen. Martin Sandoval (D-11, Cicero), the architect of the recent massive gas tax increase and corrupt enabler of House Speaker Michael J. Madigan (D-22, Chicago).”

“Federal investigators raided Sen. Sandoval’s house and offices, and there are questions about potential kickbacks. We have no assurances that anything about his bill was above board.”

The $45 billion spending plan calls for $20.6 billion in new borrowing and tax increases, including doubling the motor fuel tax. According to the Civic Federation, the Capital plan signed into law showed “no evidence of comprehensive planning to prioritize projects.”

“I agree with Rep. Skillicorn that the legislature should repeal it and draft clean legislation to provide taxpayers with a guarantee that their hard-earned dollars are not going to pad the pockets of connected insiders.”