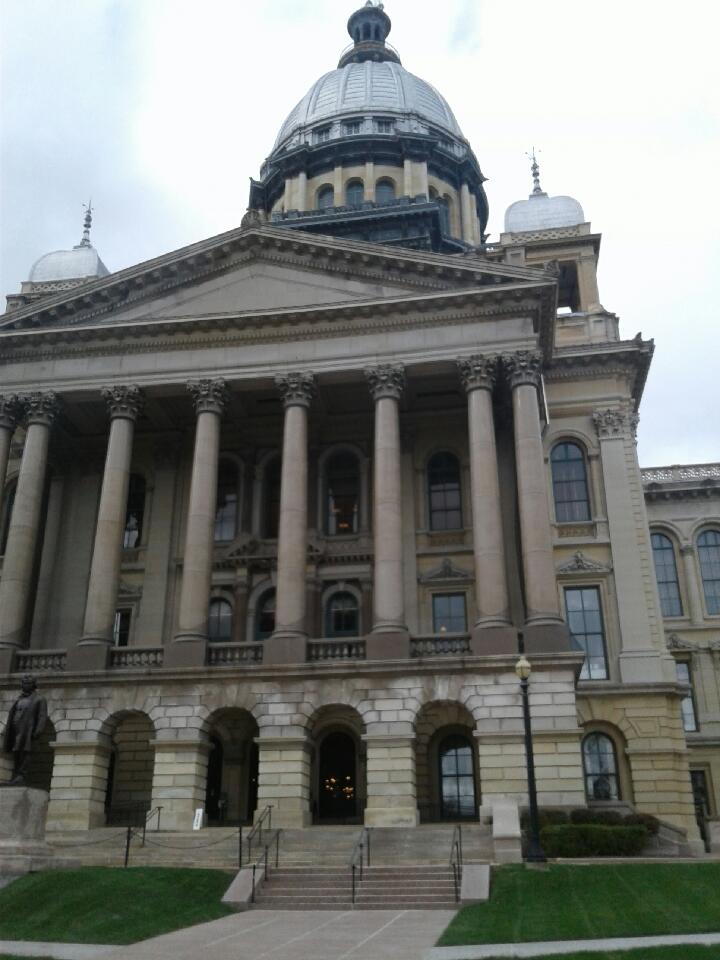 Last week Jim Tobin, President of Taxpayers United of America went to Springfield to expose lavish, government pensions. The story was reported by Greg Bishop of Center Square. Click here to view their article and video.

“Springfield taxpayers deserve better from their government. Just in the last year, they have approved a 3.3% property tax increase to throw more money at SD 186 and a new county-wide new sales tax of 1% that would be used for school building repairs and improvements,” stated Jim Tobin, president of TUA.

“Every ‘new tax’ opens another door for increased theft of taxpayer wealth. Just watch what happens to that inconsequential 1% sales tax. This little 1% now puts parts of Springfield in the position of highest local sales tax in the country at 10.75%. Yes, the highest in the USA! Chicago used to hold that title but it’s not really a contest you want to win,” quipped Tobin.

· Click here to see the top Springfield area SURS pensions   “The entire local and statewide pension system in Illinois is unsustainable. The other five statewide pension funds are funded by the state income tax. Democrat Governor Jay Robert ‘J. B.’ Pritzker and his tax-raising cronies want to stick it to middle class taxpayers by increasing the income tax under the guise of a ‘more fair’ graduated income tax, so they can make it through the next election cycle. When the state goes under, they will be enjoying their retirements in Arizona or Florida.”

“Middle-class Springfield taxpayers will be decimated by the Pritzker income-tax hike if it passes. There is nothing fair about his ‘fair tax’ that will, by design, siphon even more wealth out of the pockets of the middle-class. And his tax increases won’t stop there as we’ve seen with Pritzker’s gargantuan gasoline tax-hike.”

“When you look at what individual government retirees are actually collecting in taxpayer funded pensions, you can get a better idea why this theft of taxpayer wealth is so egregious. Keep in mind that the average taxpayer will collect only about $17,500 a year from Social Security, and that IMRF pensioners are also eligible for a Social Security pension.”

Theodore B. Flickinger is collecting an annual pension of $271,579. He retired from the Illinois Association of Park Districts and will collect an estimated $4,667,184 in IMRF pension payments over a normal lifetime. He paid into IMRF only $229,232. Theodore is also eligible for a social security pension.

Yunus Kathawala retired from University of Illinois – Springfield with a current annual pension of $197,737, Yunus will collect about $4,909,457 in SURS payments over a normal lifetime.

Illinois is functionally bankrupt, and the cause is runaway government employee pensions with unfunded liabilities so huge that it is mathematically impossible for the state to tax their way out of this financial black hole.