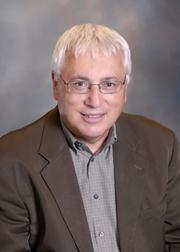 Positively, absolutely nothing can stop the Illinois state pension madness as it is now, not even death.

Alas, Robert did not make it that long. On June 15th, 2020 Robert Molaro passed away. However, his pension certainly didn’t pass away. Instead, it was passed on to Barbara Molaro.

Who is Barbara Molaro, you might ask? Well, she was the late Robert’s wife, and also pled guilty in a ghost payroll case initiated by the feds. In 1996, Barbara Molaro was indicted by the feds under charges of receiving $40,000 during 6 years she was on the Illinois Senate payroll without having to do any work.

Barbara now receives as of 2021 and estimated $100,413 annually from a General Assembly Retirement System pension. By the time she is 85 she is expected to have received $1,933,043, the lion’s share coming from Illinois state taxpayers.

While is Barbara’s pension so high? That’s because her pension is calculated based off of what Robert Molaro was receiving. Why was Robert Molaro’s pension so high? Its because Chicago Alderman Edward M. Burke hired Molaro as an expert on pensions of all things. Robert wrote a 19-page white paper on Chicago’s pension funds. Molaro worked as an aide to Burke for one month, earned $12,000, and nearly doubled his pension. For those that need a reminder, this is the same Burke that has a 14-count corruption case pending on him.

The Illinois government employee pension system, especially GARS is an absolute circus. There are plenty of pension millionaires, and we at Taxpayers United of America are going to put a spotlight on all of them. If taxpayers would like to view the latest annual report on Illinois pensions, there is a link to it on our website. 15th Annual Illinois Pension Report – Taxpayers United Of America