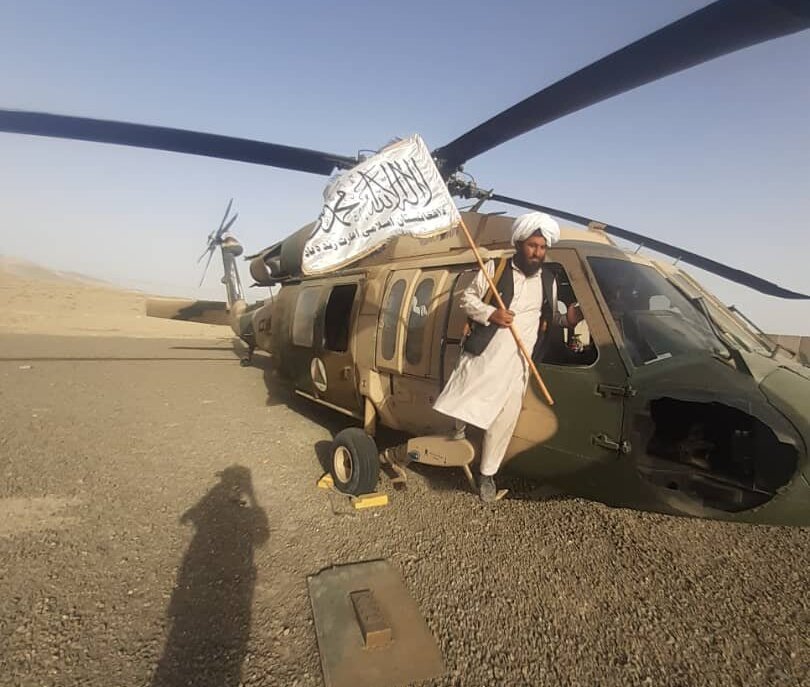 This article is not about whether or not the United States and its Coalition allies should have stayed in Afghanistan. The pullout already happened, and it is a complicated topic that could fill entire volume of books. This is also not about the moral or ethical ramifications of the retreat from Afghanistan. Let the priests and the philosophers mull over this question. Instead, let us look at the cold and immutable facts regarding the costs of the most catastrophic waste of taxpayer dollars in modern history: Afghanistan.

The Republic of Afghanistan and its forces the Afghan National Army (ANA) have been fighting pitched battles against an all-out Taliban offensive since May. The offense coincided with the withdrawal of most United States and allied troops from Afghanistan at that time. Since then, the ANA has suffered blow after blow, culminating in the collapse of ANA and the seizing of the capital of Afghanistan, Kabul.

After Kabul had fallen, President and Commander in Chief of the United States Armed Forces, Joe Biden, rushed from Camp David (where Biden was likely enjoying a nice ice cream social,) to the White House to hold a news conference. Once there, Biden blamed everything on the Afghan National Army unwillingness to fight, and gave nonspecific answers on how he was going evacuate thousands of Americans still trapped in the country. After the news conference, President Biden rushed back to Camp David.

There are a lot of things Biden could have said about the Afghan National Army. You could call them corrupt, illiterate, cowardly, incompetent, and whatever negative adjective you could throw at the ANA. It’s probably true. What Biden, or anyone else for that matter shouldn’t say, is that they were unwilling to fight. Afghan forces have lost over 66,000 personnel over the course of the Afghan War. That’s 66,000 men that were willing to fight and die for a free Afghanistan.

Furthermore, as identified in an article written by Yaroslav Trofimov for the Wall Street Journal, the ANA had critical pieces of its war effort ripped away by President Biden. “The Afghan army fighting alongside American troops was molded to match the way the Americans operate. The U.S. military, the world’s most advanced, relies heavily on combining ground operations with air power, using aircraft to resupply outposts, strike targets, ferry the wounded, and collect reconnaissance and intelligence.”

“In the wake of President Biden’s withdrawal decision, the U.S. pulled its air support, intelligence and contractors servicing Afghanistan’s planes and helicopters. That meant the Afghan military simply couldn’t operate anymore. The same happened with another failed American effort, the South Vietnamese army in the 1970s, said retired Lt. Gen. Daniel Bolger, who commanded the U.S.-led coalition’s mission to train Afghan forces in 2011-2013.”

Taxpayers spent $86 billion for government bureaucrats to design and building the Afghan National Army, and when the day of reckoning came it fell apart. It was so bad that ANA soldiers were running out of food because their logistics collapsed. The Afghan military project, and the Afghanistan project as a whole, is one massive taxpayer funded project that was set up to fail.

Imagine if you are a soldier fighting for the Afghan Republic. You are surrounded, you have no food, you haven’t been paid in months because your officer stole your paycheck, and you are fighting the Taliban. The Taliban is a ruthless insurgency that shoots prisoners for sport. The Taliban offers you the opportunity to surrender and go home. What would you do?

Joe Biden did virtually nothing. In doing so, he guaranteed the chaos of an emergency withdrawal.

Additionally, because of the messy withdrawal, the United States not only leaves behind vast troves of military hardware, but other wasted expenses in nation building. Some of these expenses include but are in no way limited to: $1.5 trillion in war spending, $10 billion on counternarcotics, $87 billion to train Afghan military and police forces, $24 billion on economic development, $30 billion on other reconstruction programs, $500 billion on loan interest payments, and $1.4 trillion for wounded veterans that have fought in post-9/11 wars by 2059. These are only the dollar amounts, and does not include the lives spent on Afghanistan. This was, and is at taxpayer expense. All wasted, and all because of the way President Biden left Afghanistan.

There are some that would dispute laying all the blame at Biden’s feet, and would instead blame former president Trump for the pullout. Trump did after all also want out of Afghanistan. The problem with this line of thought is that Trump was not the president during the pullout. Joe Biden is not beholden to Trump, and as he has shown can pursue whatever policy he likes as he has demonstrably shown. Trump also has no power to implement what were his plans. Biden changed how the retreat was supposed to proceed, and as such responsible for it and its implementation.

Afghanistan and the withdrawal from there have been a waste at an unparalleled level. Unlike the other boondoggles that the government engages with, this one cost more then a few million dollars. Trillions of dollars have been spent; thousands of American lives have been spent. The number is probably going to go higher, as there is no guarantee that every American trapped in Afghanistan will make it out, much less make it out alive. Biden can’t even blame the Afghani cowardliness for the mess. Despite this, some impact remains. The “unwilling to fight” ANA and local militias are rallying in Panjshir province to form a resistance. It will be hard, especially because of all the equipment that the United States Taxpayer has given to the Taliban, but I believe in Afghani fighting spirit, unlike Joe Biden.

The Chicago Public School system is intending to hire 2,000 new permanent employees using temporary federal COVID-19 aid, according to a report by Illinois Policy, “Setting up a ‘fiscal cliff’ when those funds run out.”

The Chicago Board of Education’s (CBOE) 2021-2022 budget allocated pandemic funds to hire more than 2,000 new support staff and student support positions during the coming year, states the report. This follows mounting pressure from the Chicago Teachers Union to put a full-time nurse as well as a social worker in each of more than 600 Chicago schools.

The report quotes Civic Federation President Laurence Msall as saying, “While the size of the budget continues to grow, the number of students in Chicago Public Schools continues to shrink. These issues need to be addressed through a comprehensive long-term plan.”

The report further states that personnel costs jumped by 40% during the decade, an extra $1.4 billion in pension, salary and benefit expenses while staff numbers were relatively steady and student numbers dropped.

CPS administrators hope to “reengage” 100,000 students at risk of not returning this school year.

“Enrollment plummeted by 14,500 students last fall. That was the district’s largest single-year drop in more than two decades,” writes Andriesen.

“Chicago’s government school system, like so many government school systems across the country, has totally failed Chicago students,” said Jim Tobin, economist and president of Taxpayers United of America (TUA). “Instead of being forced to support this failed system with their hard-earned money, Chicago taxpayers should be given the choice of taking their funds and supporting private schools that would do a better job of educating their children at a much lower cost.”

“Illinois Governor Jay Robert ‘J. B’ Pritzker just can’t help proving over and over that he is the
country’s most incompetent governor,” said Jim Tobin, economist and president of Taxpayers
United of America (TUA). “Now he has signed HB399, a bill authorizing the formation of the
Illinois High-Speed Railway Commission.”

“This is nothing more than a payoff to the labor unions and contractors who are using him as a
tool to enrich themselves with taxpayer dollars. High-speed rail is a pipe dream, but a great way
to squander precious taxpayer dollars building railroad tracks to nowhere.”

According to Mass Transit, “The commission will be responsible for creating a statewide plan
for a high-speed line and feeder network connecting Chicago to St. Louis. It will be integrated
with existing Amtrak and Metra services, intercity bus service and connect the Illinois cities of
Rockford, Moline, Peoria and Decatur.”

Politicians are counting on funds from the federal “infrastructure bill” that would commit $66
billion to passenger and freight rail over five years, and another $39 billion to public transit.

“The study of rail systems by Randal O’Toole, senior fellow with the Cato Institute specializing in
transportation and land use policy, in his study, The High-Speed Rail Money Sink, makes it clear
that high-speed rail simply is not attainable,” said Tobin, “but it sounds good and the politicians
and labor unions love it.”

“O’Toole points out that rail projects are a source of political corruption as well as a waste of
taxpayer dollars. As with any megaproject, high-speed rail is a tempting target for people who
would illegally or unethically divert government dollars to their own political or economic
gains.”

“If you want to know just how adept politicians are in creating high-speed rail lines,” said Tobin,
“just look at the Chicago–Detroit rail line.”

“In the 1800s, Pritzker would have enjoyed being a transportation czar, playing with this 19th
Century technology. Unfortunately, we can’t send Pritzker back to the 1800s.”