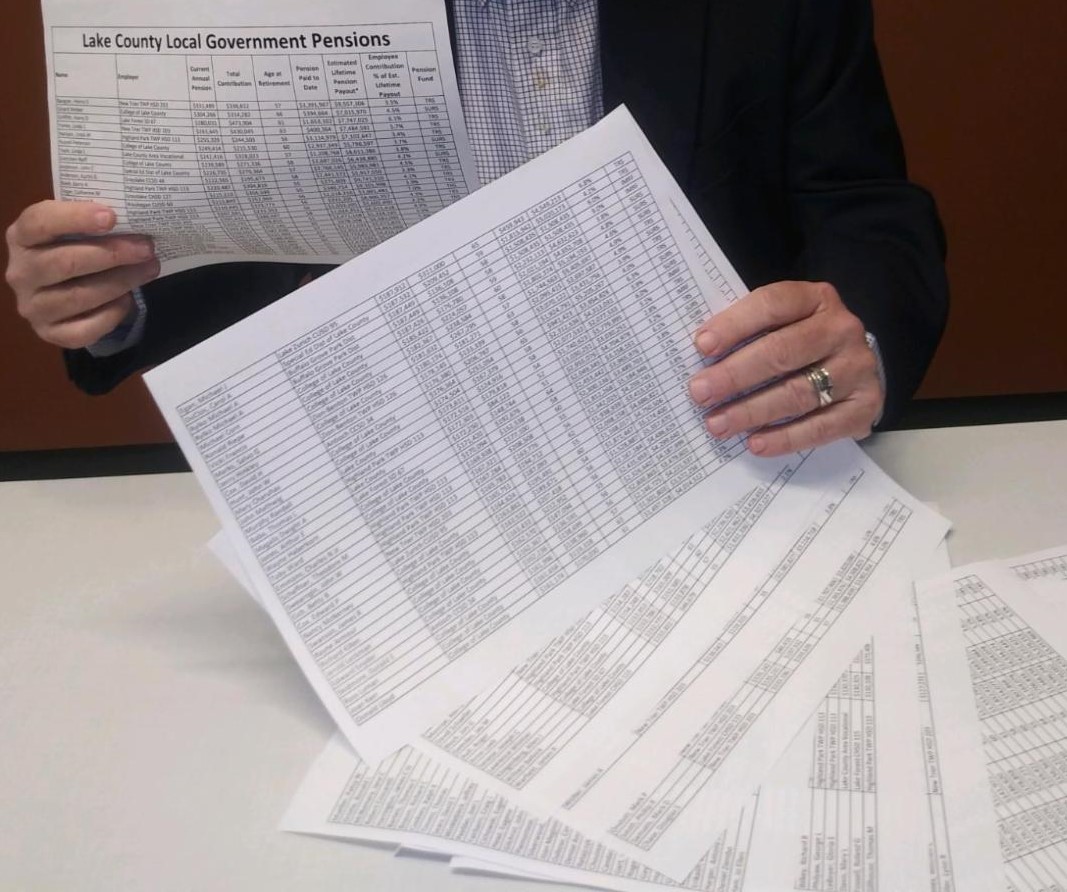 “The perpetual tax increases that plague Illinois residents have nothing to do with children, roads, or services. They are about pensions for the privileged government class. This money may be ‘earmarked’ for buildings or whatever, but in reality it only frees up increased taxes for government pensions. It’s a shell game.”

“Those of us in the private sector must reduce our spending if our income decreases; we can’t just go to our employer and demand more money to fund irresponsible spending. That’s not true for the political class.”

“When you look at what the individual government retirees are actually collecting in taxpayer-funded pensions, you can get a better idea of why this theft of taxpayer wealth is so outrageous. Keep in mind that the average taxpayer will collect only about $17,500 a year from Social Security.”

“Here are some egregious examples.”

“Dwight Magalis retired from the Lake County government at the age of 52! His current annual pension from IMRF is $172,303. He will receive $3,030,251 in total pension payments over a normal lifetime. He also is eligible for Social Security. ”

What does a statewide income tax increase mean for you? It means stealing from you to subsidize government pension millionaires.”

“The federal graduated income tax was sold to taxpayers as ‘a tax cut for the middle class.’ How did that turn out?”

“The state government employee pension system is the single cause of Illinois’ critical financial situation and it is mathematically impossible to tax our way out of this situation.”

“The Illinois government in Springfield has failed us. It’s in everyone’s best interest to solve the pension problem before the system completely collapses. It is no longer a matter of ‘if’ it will collapse, but when.” 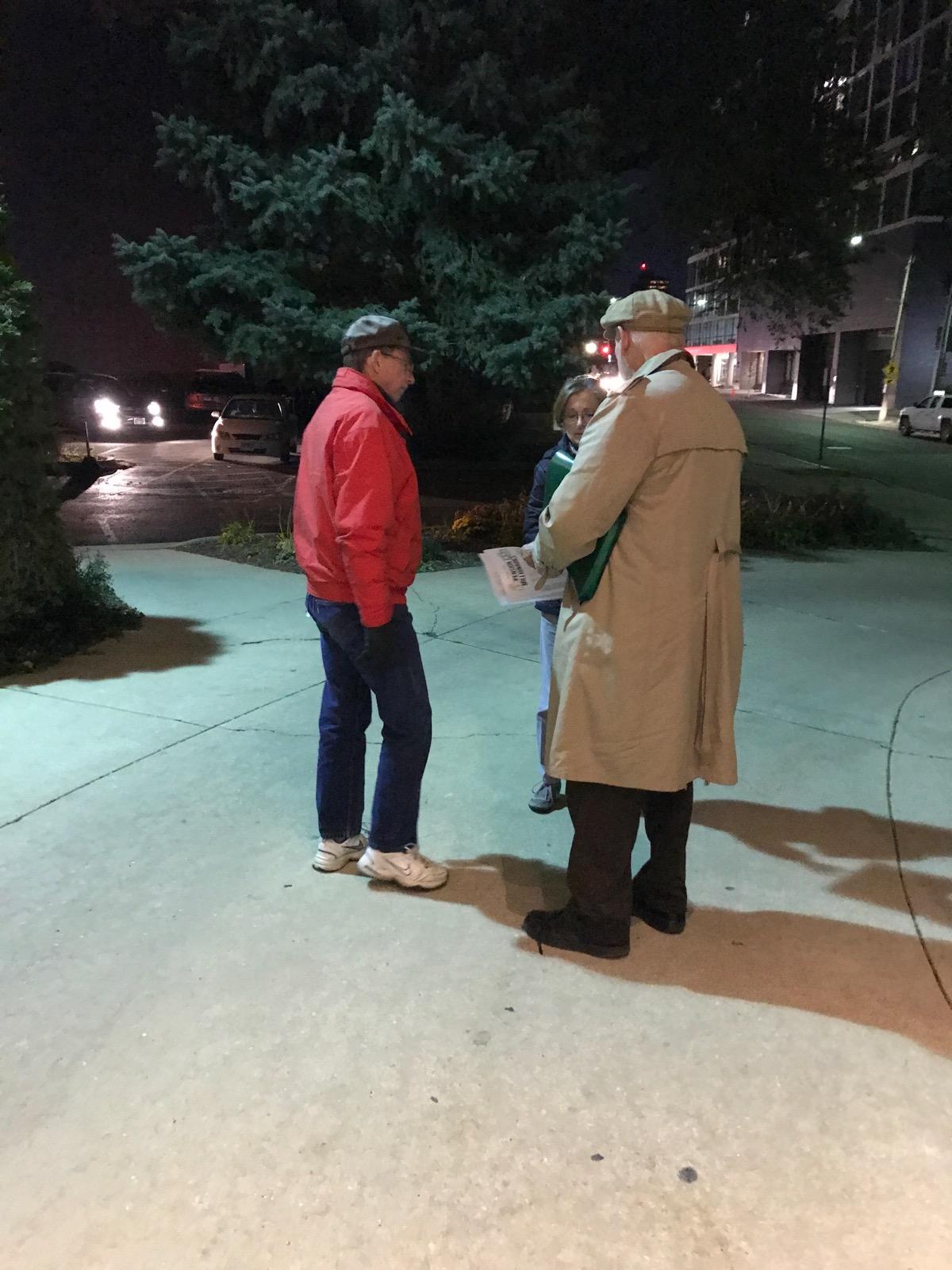 “Very few people were there,” said Val Zimnicki, Taxpayers United of America (TUA) Director of Outreach. “Even with the Full-Page ad in the Chicago Sun Times, I counted only 33 people.”

“I am glad the event flopped,” said Jim Tobin, TUA President. “Not only did AARP present the debate, they also actively participated in it and sided against taxpayers. The fact that tax thieves are starting to peddle propaganda so early indicates their desperation.”

“Two years ago, Illinois passed a $5 billion dollar income tax increase that went exclusively to paying lavish government pensions. Now Springfield, led by Governor Pritzker is coming back for more. Illinoisans will have the opportunity on Tuesday November 3, 2020 to tell these greedy politicians that enough is enough.” 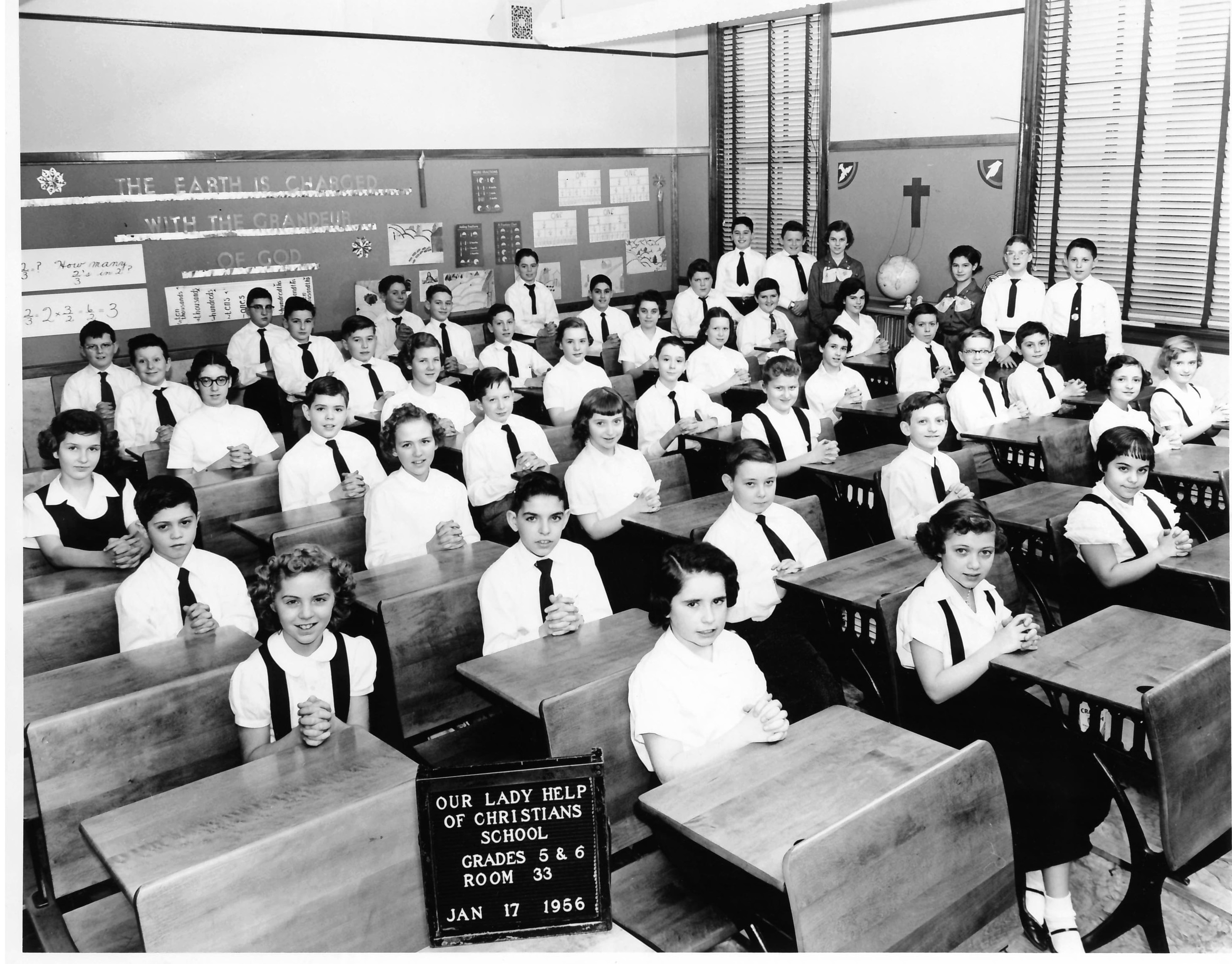 CHICAGO—The Chicago Board of Education can help homeowners avoid another massive property tax increase by shedding thousands of teachers, according to the president of one of the country’s largest taxpayer organizations.

“Private schools have traditionally had larger class sizes than government schools, and they have done a much better job of educating their students,” said Tobin. “The teachers’ union wants to decrease class size in order to make more teaching positions necessary. It’s a power grab, and the added teachers will not increase student achievement.”

“In addition to larger class sizes, overpaid physical education teachers should be among the first to go. Gym, art and music classes should be made optional, so that only those students with the necessary talent can take advantage of them.”

“Study after study has established that there is no appreciable correlation between class size and academic achievement. For example, in 2018 the Campbell Collaboration, a Norwegian research group reviewed 127 studies on class size. Their research shows that small class sizes had little to no improvement to student performance.”

“The class-size myth is perpetuated by the union bosses and their legislative cronies to increase the number of union jobs for both teachers and laborers. It is a scam to extract even more taxpayer wealth from the pockets of the middle class,” said Tobin.