The $119 million does not include interest that is also paid with property taxes.

“Eighty percent of local taxes go to salaries and benefits of government employees, and taxes now support much of the lavish, gold-plated pensions they receive. If Glenview SD 34 reigned in exorbitant government employee payouts, they wouldn’t need a property tax increase.”

“Taxpayers are always shocked when they are told just how much government school employees get after retirement, especially when they realize it’s their income and property taxes that are subsidizing the luxurious lifestyles of former government employees.” 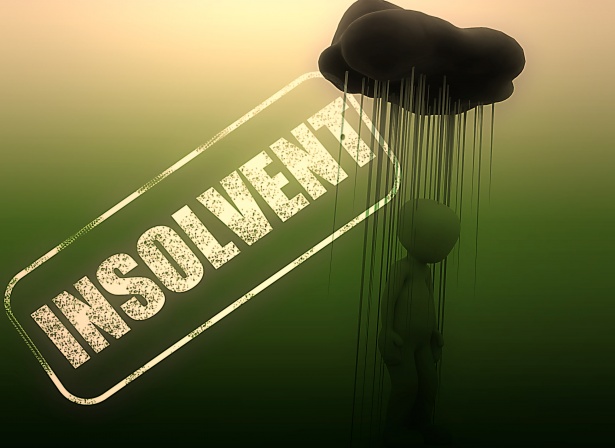 A recent article by Mark Glennon of Wirepoints states that turning Illinois around is vital to the national economy. Illinois is a drag on the national economy, and the state’s GDP has lagged the nation’s significantly for ten years. According to Glennon, “A federal bailout is happening automatically, at least in a small sense, in the form of food stamps, housing assistance, Medicaid and similar programs. A fresh start for Illinois would reduce its federal tab for those costs and grow Illinois’ tax base for federal revenue.”

For a state to formally go bankrupt, the U. S. Congress would have to pass legislation enabling that. In Illinois’ case, Glennon thinks Congress would.

David Skeel, a law professor at the University of Pennsylvania who also serves on Puerto Rico’s oversight board wrote that the “constitutionality of bankruptcy-for-states is beyond serious dispute.”

Congress would only be offering states the option of using bankruptcy, just as it has already done for municipalities; nothing would be forced on states.

As for the left’s fear that the power of bankruptcy would reduce pension payments, the Bankruptcy Code would not be expanded “as is” to states. Changes would be made on which all sides could find common ground. For example, a bankrupt government can opt to keep or renegotiate whatever labor contracts it has.

As for bondholders, says Glennon, one should “shed no tears for existing bondholders. They took the risk that bankruptcy law could be changed to impact them.”

“It’s becoming clear that there is no long-term alternative,” said Jim Tobin, president of Taxpayers United of America (TUA). “As Glennon points out, “This isn’t about whether bankruptcy is a good option. It’s about whether it’s the only option.”

“Illinois is functionally bankrupt,” said Tobin, “and the cause is runaway government employee pensions with unfunded liabilities so huge that it is mathematically impossible for the state and its municipalities to tax their way out of this financial black hole.”

“While we’re waiting for this drastic measure, the state of Illinois can help its citizens by passing a law to enable all local governments to declare bankruptcy. It also should cut state taxes to stimulate its sluggish economy.” Illinois is one of the worst states for business tax climate, according to the just-released report of The Washington, D.C.-based non-partisan Tax Foundation. According to its 2020 State Business Tax Climate analysis, Illinois ranks 35th out of fifty states. (https://statetaxindex.org/state/illinois/)

The State Business Tax Climate Index is a measure of how well states structure their tax systems. It enables policymakers, business leaders, and taxpayers to gauge how their states’ tax systems compare, and provides a roadmap for improvement. “This new report illustrates just how hard it is for our high-tax State of Illinois to compete with its surrounding states,” said Jim Tobin, president of Taxpayers United of America TUA).

“Four of Illinois’ five neighboring states are significantly better in structuring their tax systems: Indiana is #10, Missouri is #14, Kentucky is #24 and Wisconsin is #26.” “Of the individual components of the index, Illinois is 36th on corporate taxes, 40th on property taxes, and 40th on unemployment insurance taxes.”

This does not mean, however, that a state cannot rank in the top 10 while still levying all the major taxes. Indiana and Utah levy all of the major tax types, but do so with low rates on broad bases.

“Illinois is hemorrhaging jobs and population,” said Tobin. “In order to bring back businesses and taxpayers, at the very least the Springfield politicians should cut taxes across the board. This result would give them breathing space while they tackle the really tough problem of the state’s government pensions.”