A LOOK BACK: BILL 10A TEN YEARS AGO 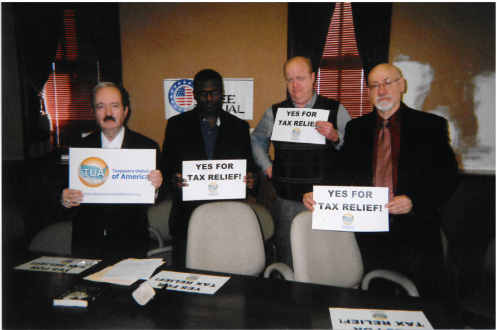 Ten years ago, Taxpayers United of America (TUA) and its Wisconsin affiliates held a press conference at the capitol building in Madison supporting the Budget Repair Bill known as “2011 Wisconsin Act 10”. This bill was introduced by then governor Scott Walker which addressed the state’s $3.6 billion budget deficit. It was an attempt to reign in the many lavish privileges that government employees enjoyed at taxpayers’ expense. TUA was the first anti-tax group to support the governor.  This press conference was covered by tv and local press.

Mr. Tobin, president of TUA noted that Wisconsin had the fourth highest state and local taxes nationally, which supported the lavish pensions and run-away benefits of state employees. Many public employees become multi-millionaires at taxpayer expense which made a mockery of the term, civil servants.

With considerable effort from Christina Tobin, TUA was the first taxpayer organization to arrive on site to support the governor and his much-needed reforms.

Seven members of TUA from Illinois and Wisconsin were admitted to the capitol building which was shut down because of the rancorous and volatile mob-like atmosphere both inside and outside the capitol building.  Intruders yelling and banging drums inside the rotunda were not asked to leave. Thousands of mostly young adle-brained protesters surrounded the capitol building and damaged property. Of course, most of the main scheme media reported the protests as peaceful. This was the time when 14 Democrat Senators in cowardly fashion fled to Illinois so that they would not have to vote on the bill. Many represented their Wisconsin constituents by staying and hiding at the upscale Drake Hotel in Chicago.

After the TUA press conference which supported the governor’s fiscal initiatives Mr. Tobin was further interviewed by various media as he was exiting the capitol building. Verbal insults and loud threats were hurled at him and at those who accompanied him.  One protester who claimed to be a government teacher bellowed a litany of 4-letter words attempting to drown out Mr. Tobin’s comments as he was addressing a reporter. Other protesters made threatening physical motions toward Mr. Tobin and those who accompanied him. Thankfully, there were lots of cameras around.

Pritzker’s Administration: From the People By the Politicians For the Bloodsuckers 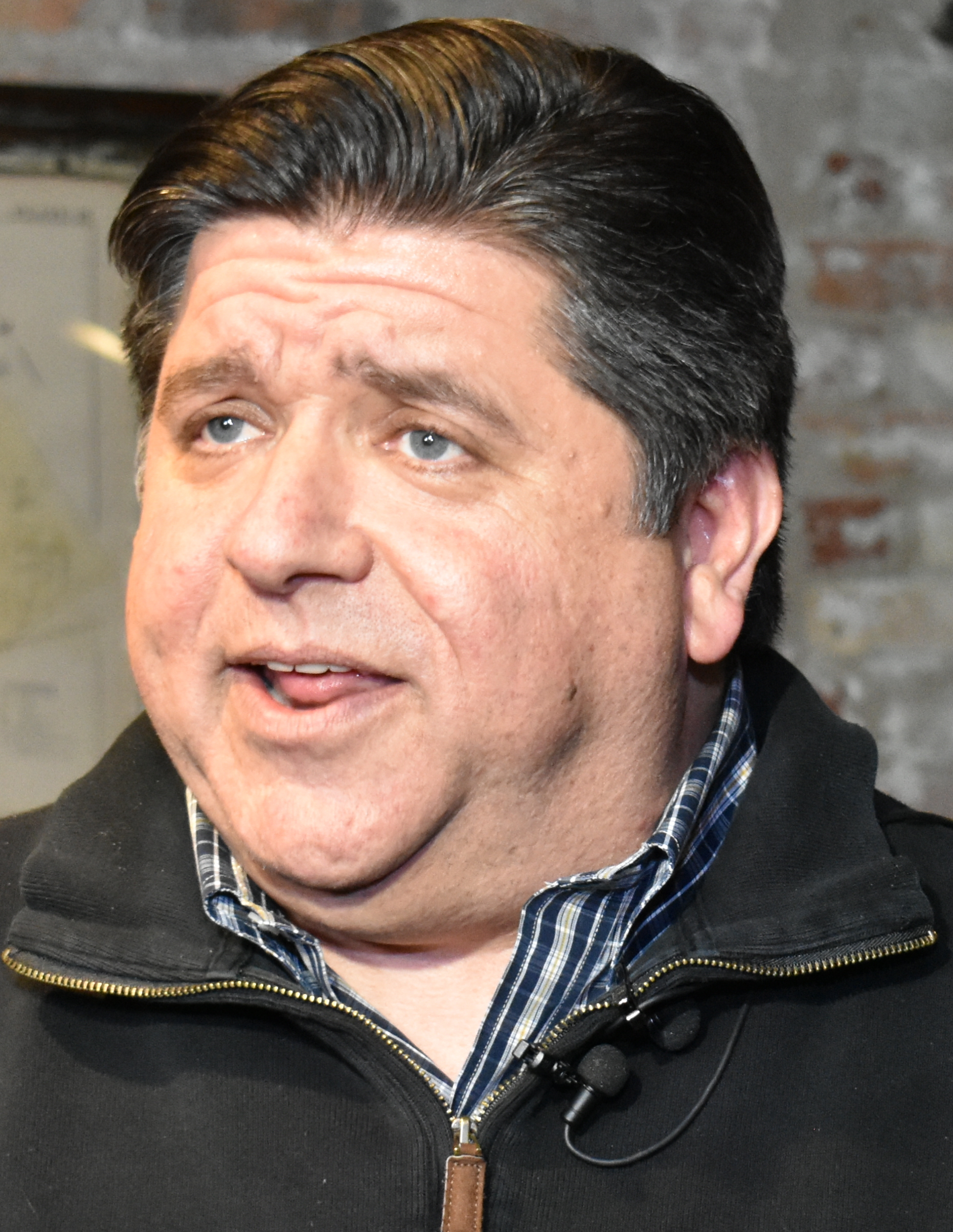 When Governor Jay Robert “J.B.” Pritzker entered office, he promised to make reforms and tax the hell out of Illinois residents. So far, we haven’t seen many reforms, but we have witnessed a virtual tsunami of taxes coming from Springfield, sweeping away taxpayers. With the blessing of the soon-to-be-ousted Illinois Speaker of the House Michael Madigan, the Pritzker administration hiked vehicle registration fees, increased the tax on cigarettes, raised a parking tax, and doubled the gas tax. Additionally, Pritzker almost got away with one of the largest income tax hikes in Illinois history. When voters rejected the tax increase, Pritzker’s administration promised vengeance, with a threatened 20% increase to the Illinois income tax if Pritzker did not get his way.

“Any new state tax increases on anything is unconscionable,” said Matthew Schultz, Executive Director of Taxpayers United of America (TUA). “No matter what you may believe about the lockdowns, it is a fact that they decimated the Illinois economy, and Pritzker has done nothing to alleviate the damage. He has only acted to make things worse.”

“Besides Pritzker’s state income tax increase amendment that taxpayers repudiated last year, Pritzker has overseen another stealth state gasoline tax increase of 11.4 cents that started this year.  Few taxpayers even know about it, because the bill Pritzker signed makes it go up automatically.”

“On top of that, Pritzker announced his plan to withhold federal COVID-19 relief funds from small businesses to help fill the state budget deficit.  Congress approved federal tax relief to help businesses recover some losses during the pandemic. The governor declared that he could suspend those tax breaks in Illinois and still require businesses to pay the state.”

“The worst part? The money Pritzker is trying to bleed from a stone is to be used for retired Illinois government-employee pensions—the primary cause of Illinois’s budget deficit. Tax dollars are being drained from the suffering to support the lavish lifestyle of retired government employees.”

“Pritzker is the kind of man that will trip you up, kick you while you’re down, then sit on you because kicking made him tired. Illinois is worse off since he took office, and everyone knows it. Illinois lost another 80,000 residents in 2020, and it is entirely Pritzker’s fault.”

“There are many solutions that can fix Illinois. The Pritzker status quo of higher taxes is not one of them. Taxpayers already have spoken out once against higher taxes, and woe to the new speaker of the house who will be tasked with trying to raise the state income tax again. It is time for Springfield lawmakers to reject Pritzker, and embrace reality.”

“It’s no surprise—except maybe to Democrats—that nine of the 10 fastest-growing U.S. cities are in ‘Red’ states,” said Jim Tobin, economist and president of Taxpayers United of America (TUA).

According to Issue #196 of the excellent newsletter published by the Committee to Unleash Prosperity, “Nine of the 10 fastest growing cities in 2020 are in red states. Florida has the top three destinations. North Point, outside of Orlando; Kissimmee, near Sarasota; and Port Lucie, north of Palm Beach.”

Madison, Wisconsin was the only city in the top ten that was in a blue state. According to the newsletter, the committee’s Wisconsin contacts said the beer capital is being overrun by transplants from…guess which state? It’s neighbor to the south, bankrupt and over-taxed Illinois!