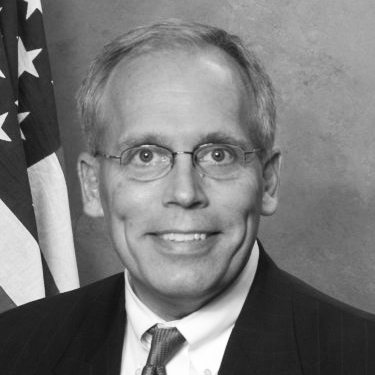 Chicago—Republican State Senator Dave Syverson, Rockford, IL, is calling for an extension of the state’s 67% “temporary” state income tax increase that is set to roll back to 3.75% on January 1, 2015. According to the president of Taxpayers United of America (TUA), more Republicans may back such a measure now that the election is over.
“Sen. Syverson is exactly what’s wrong with Illinois’ politics,” said Jim Tobin, TUA president. “The vast majority of Illinois legislators never consider spending cuts or government reform.”
“We can expect more of Illinois’ entrenched legislators to jump on the Syverson bandwagon now that the election is over.”
“Illinois is in the worst financial shape of any state in the nation, and yet our legislators can’t roll up their sleeves and solve problems rather than forcing taxpayers to take another hit in their wallets.”
“There are countless opportunities to cut expenses and waste while stimulating job growth by relaxing regulations and lowering taxes that make Illinois unfriendly to business and entrepreneurs.”
“And of course, the single biggest blood-sucking program in the state, government pensions, remain unchanged and continue to suck the life out of taxpayers who don’t flee the state’s burdensome taxes and regulations.”
“The lion’s share of the estimated $31 billion in additional wealth stolen from Illinois taxpayers by the 67% income tax surcharge has gone to fund the lavish, gold-plated pensions of government retirees.”
“The entire legislature is playing politics with the taxpayers of Illinois. The Democrat Machine that raised our taxes will now hand over the unbalanced 2015 budget to the Republican governor-elect, Bruce Rauner, who ran on a campaign of allowing the 67% income tax increase to expire over the next four years.”
“Even though that infamous, eleventh-hour, lame-duck income tax increase was passed without a single Republican vote, Republicans now are inclined to push for keeping the income tax increase.”
“Illinois government should fix what’s broken in Springfield and get its hands out of our wallets. It is mathematically impossible to tax our way out of the problem we have.”
“For those who thought electing a Republican governor would solve our problems, there is St. Sen. Dave Syverson, who is possibly the first of many Republicans who think the only way out of an unbalanced budget is to raise taxes.”
“Anybody with even a basic understanding of simple math can see that the government pensions must be fixed.”
“What legislators like Syverson always forget is that if the state is hurting, so are the taxpayers who fund these clowns. Syverson, and other bureaucrats who support state tax increases, need to learn that the same old tax-and-spend policies can’t continue in Illinois – not unless we want to be the first state to go bankrupt.”