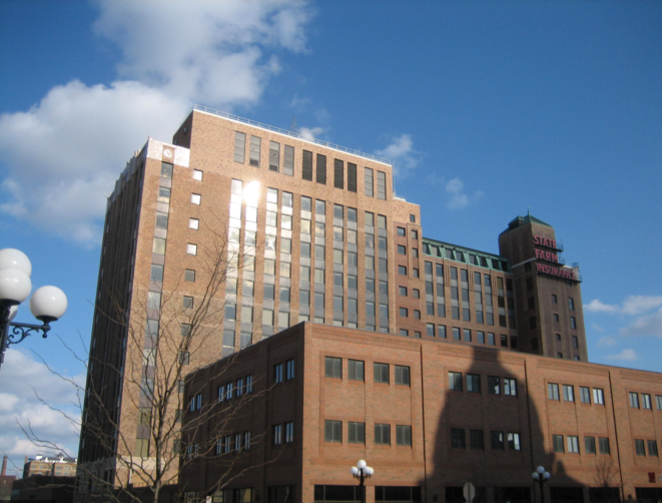 This story was featured by NBC TV and ABC TV.

“Bloomington area taxpayers have been bludgeoned by government bureaucrats and their lust for taxpayers’ money,” stated Jim Tobin, president of TUA.

“I guess the Bloomington government hacks admired Gov. Jay Robert “J. B.” Pritzker’s doubling of the gas tax so much they decided to follow suit. Bloomington’s gas tax was doubled from $0.04 per gallon to $0.08 per gallon.”

“These gas taxes are particularly hard on the working class as they have less, if any, discretionary income than the elite political class that imposes these taxes.”

“McLean County Unit 5 school district is piling on with a huge tax increase of its own. Property taxes in the Unit 5 district increased 9.21% this year alone. That means an increase in property taxes of about $200 a year on a home valued at $175,000.”

“Let’s be clear: this is not about the children or the roads. This is about pay and pensions. This money may be ‘earmarked’ for buildings or whatever, but in reality it only frees up pre-increase tax revenues for pensions.”

“The entire local and statewide pension system in Illinois is unsustainable. The other five statewide pension funds are funded by the state income tax. Democrat Governor Pritzker and his tax-raising cronies want to stick it to middle class taxpayers by increasing the income tax under the guise of a ‘more fair’ graduated income tax, so they can make it through the next election cycle. When the state goes under, they will be enjoying their retirements in Arizona or Florida.”

“Middle-class McLean County taxpayers would be decimated by the Pritzker Income Tax Increase Amendment if it passes. There is nothing fair about his ‘fair tax’ that will, by design, siphon even more wealth out of the pockets of the middle-class. And his tax increases won’t stop there as we’ve seen with Pritzker’s recent gargantuan gasoline tax hike.”

Clarence Bowman retired from Illinois State University at the age of 60. His current annual pension is $409,747. He paid $410,284 into his own retirement fund, SURS. His taxpayer funded pension will accumulate to a stunning $11,381,414 over a normal lifetime.

Mark R. Peterson retired from his position at the Town of Normal at the age of 59. His current annual pension is $149,003. He Paid $213,818 into the IMRF. His pension payments will accumulate to about $3,886,516 over a normal lifetime. Mark is also eligible for a social security pension.

Illinois is functionally bankrupt, and the cause is runaway government employee pensions with unfunded liabilities so huge that it is mathematically impossible for the state to tax their way out of this financial black hole.

“All Illinois government new hires should be placed in a 401(k) style retirement savings account, beginning immediately, and the retirement age should be increased to 65. These measures would at least slow the bleeding until comprehensive pension reform can be enacted,” said Tobin.