EXPOSED BY TUA WILL NOT RUN AGAIN 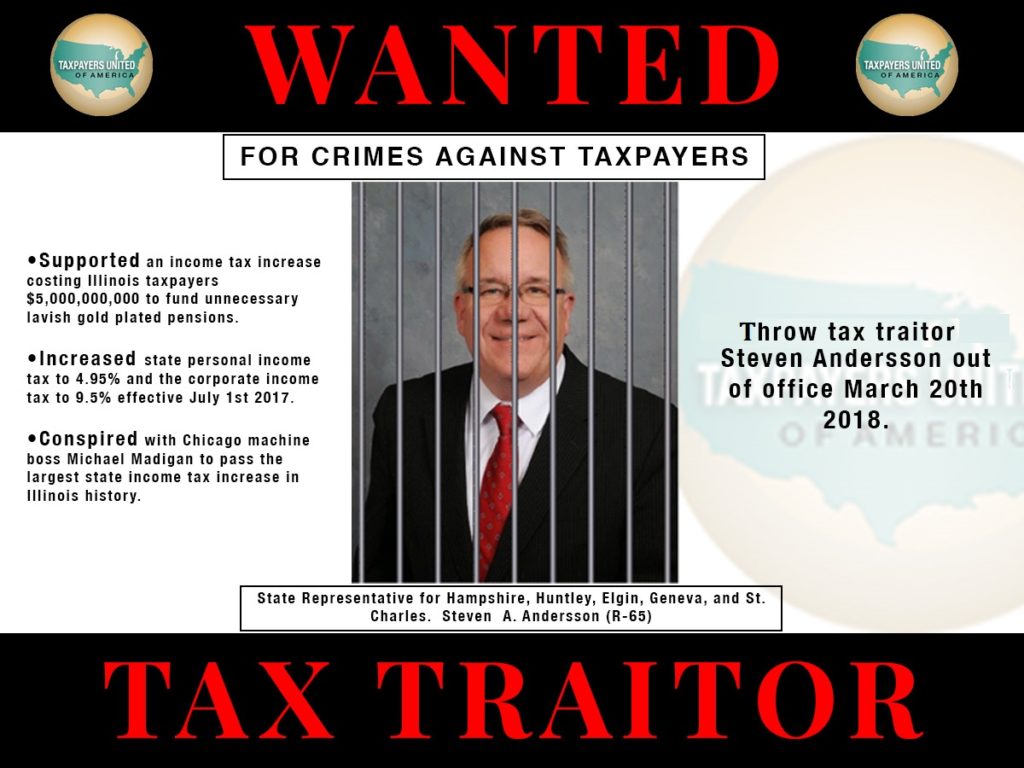 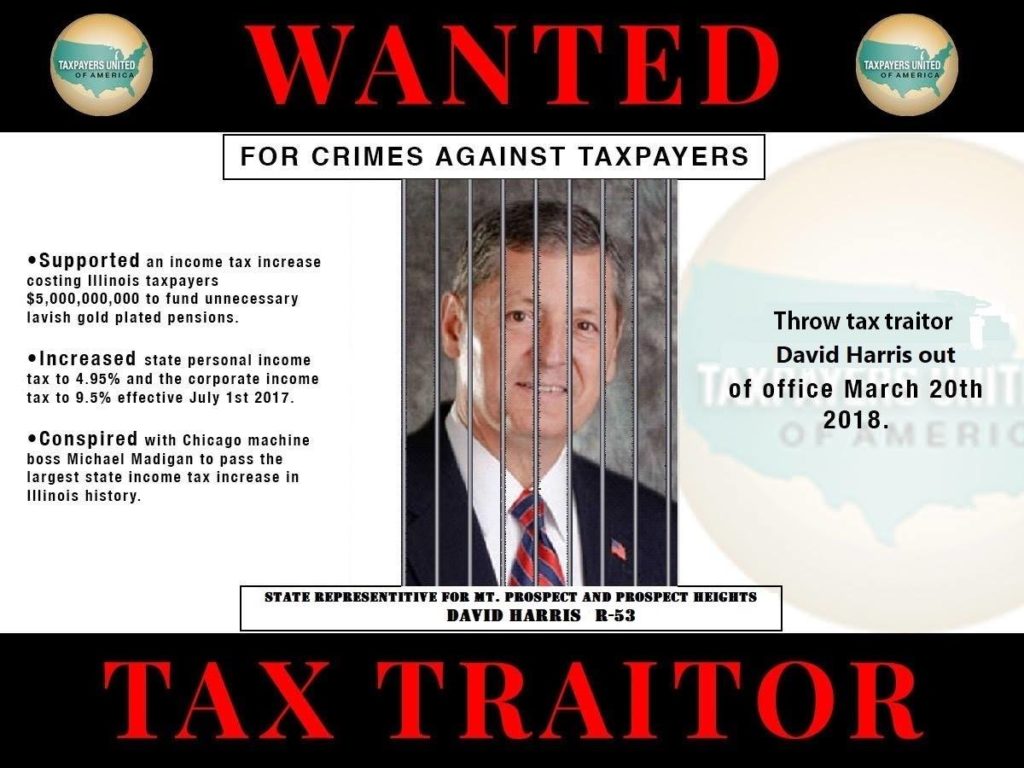 CHICAGO—State Rep. David Harris (R-53, Mt. Prospect) announced on Oct. 3 that he will not be running for reelection. Harris had been strongly criticized by Taxpayers United of America (TUA) for betraying Illinois taxpayers and his own political party. The Republican “Taxpayer Traitor,” David Harris, had been named at a news conference on August 24, 2017, at the headquarters of Taxpayers United of America, 205 W. Randolph Street, Chicago.

The press conference was held after a TUA victory in Illinois House district 65, where St. Rep. Steven A. Andersson announced he would not run for reelection after being named “Taxpayer Traitor” by TUA.

“David Harris and his nine fellow Republican traitors conspired with House Speaker and Chicago machine boss, Michael Madigan, to pass the largest permanent income tax hike in the state’s history, increasing the personal income tax rate to 4.95 percent from 3.75 percent, and the corporate income tax rate from 7.75 percent to 9.5 percent. You can be sure that most of the $5 billion from this latest income tax increase will be funneled into the state’s floundering government-employee pension funds, just like previous tax increases,” said TUA President Jim Tobin.

TUA had distributed “wanted” fliers for “crimes against taxpayers” with Harris’ picture on them at locations across the 53rd District, urging voters to “Throw tax traitor David Harris out of office on March 20th, 2018.” 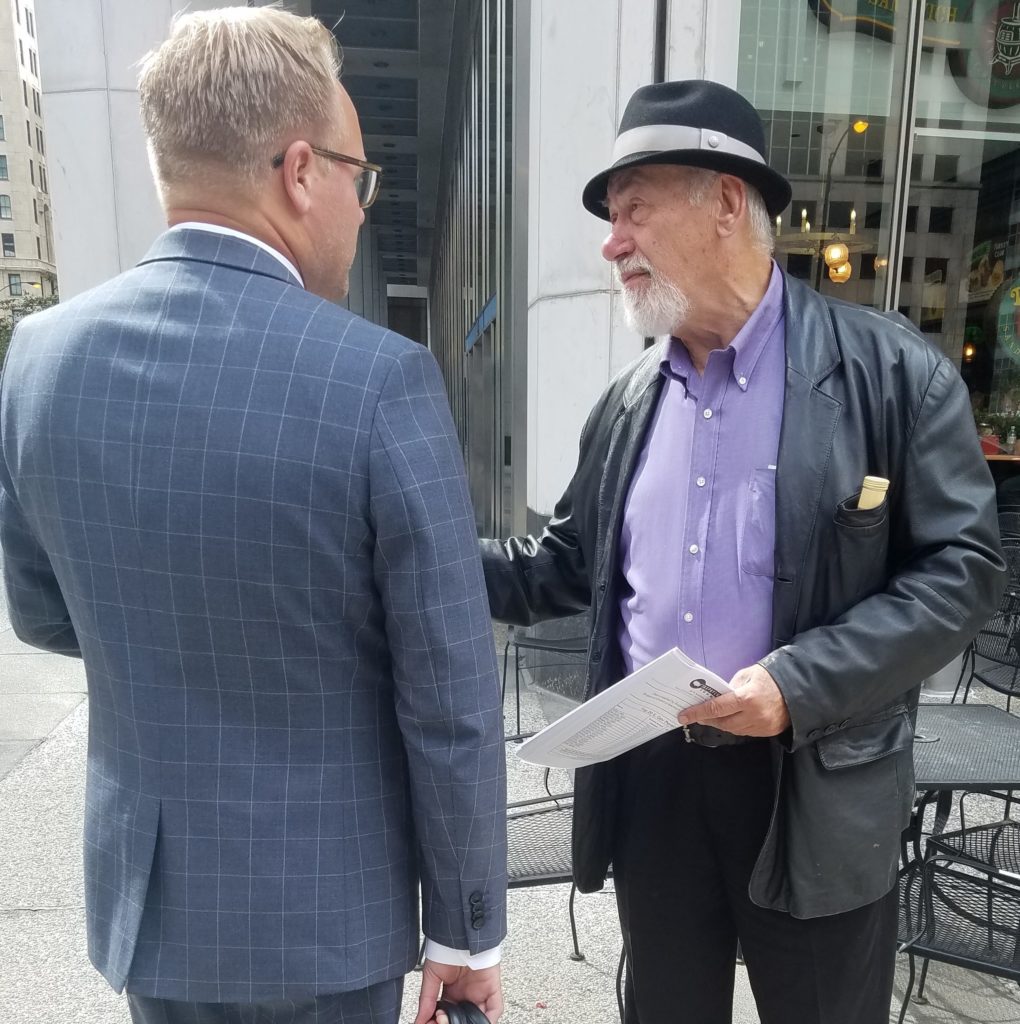 CHICAGO—After announcing the latest Taxpayer Traitor David Harris, taxpayers will visit his district to inform the voting public of his treachery.

David Harris is among 11 Republicans to have sided with Chicago machine Democrats to pass a 32% state income tax hike. This $5 Billion tax increase will be used to pay for the bloated government pensions. According to James Tobin, “The State must cut these lavish pensions or default on the unsustainable, overly generous handouts”.

In order to fight rising state income taxes and ballooning pensions TUA is identifying the Republican Tax Traitors who helped pass the state income tax increase. The first Tax Traitor, Steve Andersson, has already been forced to no longer seek another term in office.

TUA representatives will soon visit Mt. Prospect and Prospect Heights, which are in David Harris’s district, and inform voters of his betrayal. TUA will be distributing wanted fliers of Tax Traitor  David Harris.