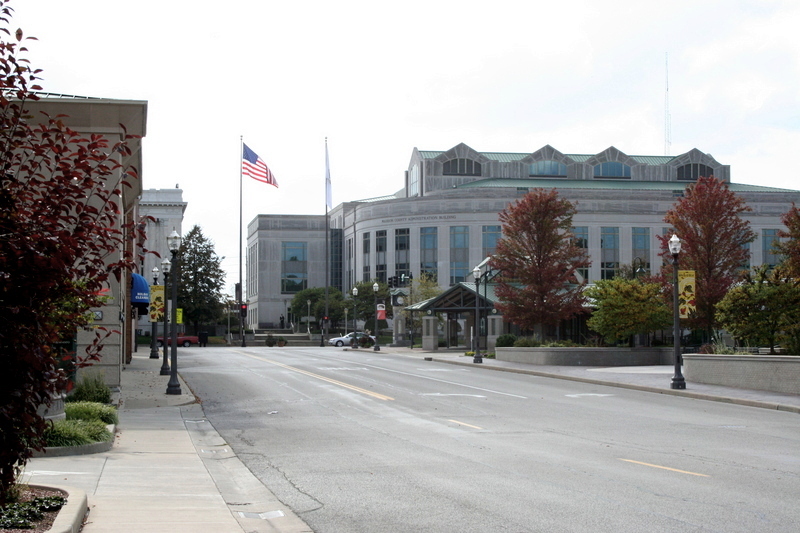 “Madison and St. Claire County taxpayers are much smarter than the government bureaucrats who try to rule them,” said Jim Tobin, TUA president. “The hacks that run the governments in these geographically challenged areas keep trying to add a new school sales tax, but voters are smart enough to realize that this simply drives shoppers, and their money to lower tax areas nearby or across the river.”

“Rather than try to cut spending, these government bureaucrats just keep increasing taxes. The St. Claire County Board voted to increase the 2019 property tax levy by 5%. Property taxes in the area have already nearly doubled in the last 20 years but that still isn’t enough for these blood-thirsty parasites!”

“It is no mystery what is driving the economy-killing property tax increases in these counties. In a word, pensions. IMRF pensions are funded with property taxes and state law requires that the IMRF pension bill is paid before all others. The taxpayers currently pay $3 in property taxes for every $1 that IMRF members pay into their own retirement fund.”

“The perpetual tax increases that plague Illinois residents have nothing to do with children, roads, or services. This is about pay and pensions for the privileged-government class. This money may be ‘earmarked’ for buildings or whatever, but in reality, it only frees up pre-increase revenues for pensions.”

“The entire local and statewide pension system in Illinois is unsustainable. The other five statewide pension funds are funded by the state income tax. Democrat Governor Jay Robert ‘J. B.’ Pritzker and his tax-raising cronies want to stick it to middle class taxpayers by increasing the income tax under the guise of a ‘more fair’ graduated income tax. When the state goes under, they will be long gone and enjoying their fat taxpayer-funded pensions in Arizona or Florida.”

“Middle-class taxpayers would be decimated by the Pritzker income-tax hike if it passes. There is nothing fair about his ‘fair tax’ that will, by design, siphon even more wealth out of the pockets of the middle-class. And his tax increases won’t stop there as we’ve seen with Pritzker’s gargantuan gasoline tax increase.”

“When you look at what the individual government retirees are actually collecting in taxpayer-funded pensions, you can get a better idea of why this theft of taxpayer wealth is so egregious. Keep in mind that the average taxpayer will collect only about $17,500 a year from Social Security, and that most IMRF pensioners are also eligible for a Social Security pension.”

David Werner retired from SIU – Edwardsville at the age of 62. His current annual pension payment is $276,301 and already exceeds the $246,018 he paid into the SURS for his own pension. He will realize about $5,755,062 in total pension payments over a normal lifetime.

William R. Haine is retired from the Madison County government and currently collects $158,422 a year in pension payments from the IMRF. His payments into his own retirement fund were only $110,031. Retiring at 58, his pension payments will total about $3,308,494 over a normal lifetime. William is also eligible for a social security pension.

“All Illinois government new hires should be placed in a 401(k) style retirement savings accounts, beginning immediately, and the retirement age should be increased to 67. These measures would at least slow the bleeding until comprehensive pension reform can be enacted.”