Illinois is surrounded by states with lower combined state and average local sales tax rates, according to a report issued by the nonpartisan Washington-based Tax Foundation.

Illinois, however, is not much better. Its combined tax rate is 8.83%, the seventh highest in the country. What’s worse, Illinois is surrounded by states with significantly lower tax rates.

“Illinois’ high taxes make it uncompetitive with respect to other states in the same area,” said Jim Tobin, economist and president of Taxpayers United of Illinois (TUA). “As a result, Illinois is losing population and large and small businesses—its tax base. The financial outlook is grim, with the state in an economic death spiral due to its out-of-control pension plans for retired government employees. The only way to attract people and businesses back to the state and save it from going under is to lower taxes, making the state more attractive for investors.”

WARREN TOWNSHIP HIGH SCHOOL DIST. 121 WILL TRY AGAIN FOR A MONEY GRAB IN 2022!

On August 27, 2021, the Board of Education approved placing a 60-cent operating rate increase question on the 2022 ballot.

In opposing the April 6, 2021 referendum, TUA president Jim Tobin stated that “Warren TWP HSD 121 (WTHS) wants to raises taxes during a pandemic! The school district has placed on the April 6th ballot a referendum to increase the limiting rate on property taxes, effectively raising property taxes by $7.6 million!”

“Illinois is still locked down, schools aren’t even fully open, yet the career tax-raisers at WTHS want taxpayers to fork over another $7.6 million. This is really hitting the taxpayers when they’re down.”

Tobin pointed out to taxpayers that it’s really the bureaucrats and teachers who profit from these property tax hikes, not the students. “All of the top 15 annual salaries in WTHS are greater than $136,000, and, when they retire, each of these teachers will collect millions from the Teachers Retirement System (TRS). It’s unconscionable that government school administrators would expect taxpayers to subsidize these overpaid teachers with more of their hard-earned money.”

Lake County’s average annual property tax of $6,285 is the highest of all Illinois counties. It ranks 18th out of 3,143 counties for property taxes as a percentage of annual income: 6.76%.

Tobin had a suggestion for the school board: “WTHS needs to sell the 100-acre parcel that they purchased in 2008 for $8 million. Proceeds from the sale would go a long way to protect the programs that the government school bureaucrats are threatening to drop if the referendum fails. They have threatened to risk students’ ability to qualify for colleges, scholarships, and just to succeed in life.”

“They also threaten to go to a seven-period day, but I’m sure teachers and staff would not consent to a 12.5% pay-cut,” said Tobin. “It’s time to freeze teachers’ salaries.” 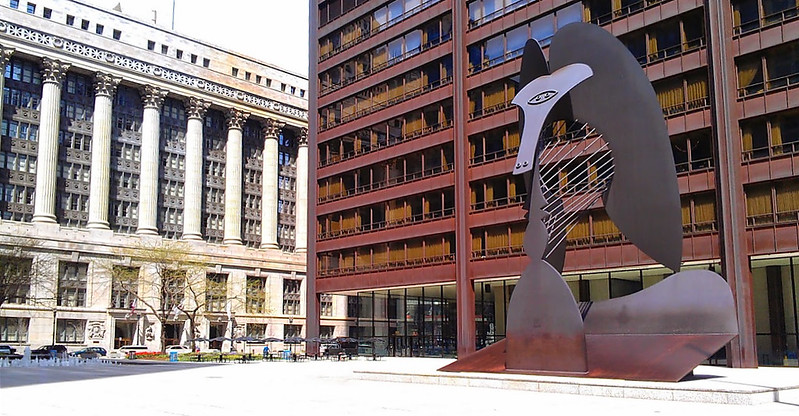 A new report by the nonpartisan Washington-based Tax Foundation revealed that of the major cities in the country, Chicago, Illinois and four other cities have the second-highest sales tax.

Neither Anchorage, Alaska, nor Portland, Oregon, imposes any state or local sales taxes. Honolulu, Hawaii, has a low rate of 4.5 percent and several other major cities, including Milwaukee and Madison, Wisconsin, keep overall rates modest, the report states.

Portland, Oregon and Anchorage, Alaska have neither a state nor a local sales tax.

Fifteen major cities saw an increase of 0.25 percentage points or more in their combined state and local sales tax rates over the past two years, including eight with increases in the first half of 2021. Nearly all of these increases stemmed from ballot measures.

According to the report, “Sales tax avoidance is most likely to occur in areas where there is a significant difference between two jurisdictions’ sales tax rates. Research indicates that consumers can and do leave high-tax areas to make major purchases in low-tax areas, such as from cities to suburbs. For example, strong evidence exists that Chicago-area consumers make major purchases in surrounding suburbs or online to avoid Chicago’s high sales tax rates.”

“As expected, the report confirms a rise in cross-border shopping and other avoidance efforts as sales tax rates increase,” said Jim Tobin, economist and president of Taxpayers United of America (TUA).

“Sales taxes are like a plague of locusts,” said Tobin. “These taxes are levied not only by state governments but also by city, county, tribal, and special district governments. As the report points out, in many cases these local sales taxes can have a profound impact on the total rate that consumers pay.”