Taxpayers United of America’s Jared Labell was quoted by WQAD 8 about TUA’s visit to Galesburg to release pension data.

Jim Tobin and Jared Labell of Taxpayers United of America were featured by the Chicago Tribune discussing the public pensions of Lake County and Waukegan retirees.

Nearly 900 retirees from Lake County government, Lake County public schools and the College of Lake County collect six-figure annual pensions — including 14 whose pensions pay out more than $200,000 per year, according to a Chicago-based watchdog group. 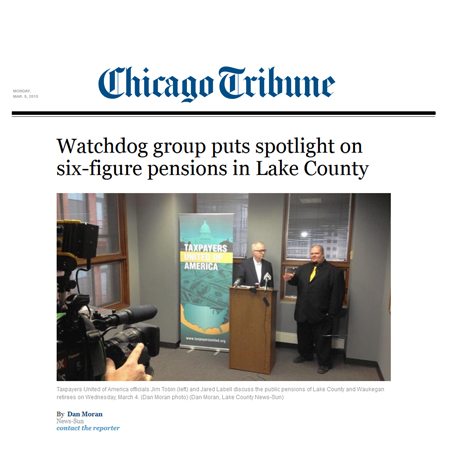 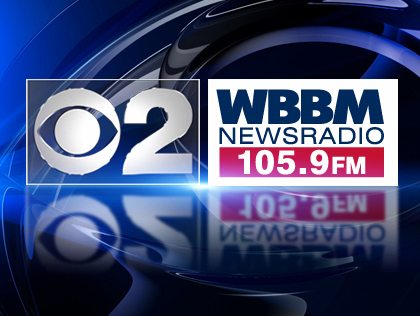 (CBS) — Taxpayers United says over 14 Lake County retirees are collecting pensions over $200,000 as the tax watch it continues combing through Illinois county retirement records for potential tax savings, reports WBBM’s John Cody.
Taxpayers United warns Illinois is heading for financial collapse without radical change to the pension system.
“We’re talking about the nearly 900 Lake County and Waukegan government collecting annual pensions of more than $100,000,” said Taxpayers United operations director Jared Labell.” It’s unconscionable that taxpayers are still on the hook for such outrageous pensions.”
Labell is urging all new public hires in Illinois, including teachers and police, go into 401K retirement plans, an increase to the minimum retirement age at full benefits to 65, and an increase in member contributions to 50 percent of all health care premiums.