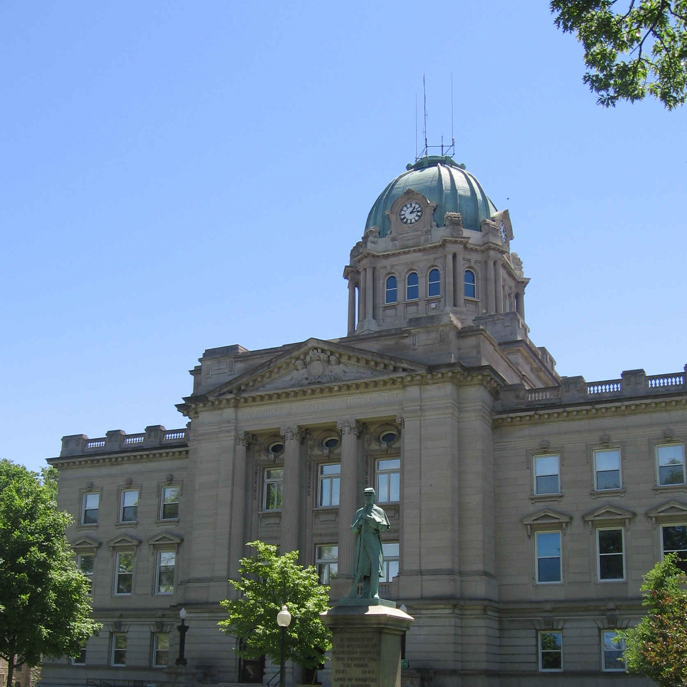 “Kankakee taxpayers are among the hardest hit in Illinois,” said Val Zimnicki, TUA Director of Outreach. “With an effective property tax rate of 1.91%, Kankakee County ranks 189 out of 3143 nationally.”

“There’s really no mystery as to the cause of the high property tax rates. In a word: Pensions. Kankakee municipal and Kankakee County government pensions are funded with property taxes.”

“That’s why it matters to us that people like Michael Downey double dip from taxpayers. Mr. Downey retired from the Kankakee Sheriff’s Department at the age of 53 and was then appointed to replace the retiring Sheriff. His $92,216 annual pension will accumulate to more than $2.8 million over a normal lifetime. Add to that his six-figure salary and you’ve got taxpayers footing the bill for this extravagant expenditure.”

“The city of Kankakee increased the sales tax by two full percentage points specifically to fund the IMRF pensions. And that’s just the IMRF funding. Kankakee police and fire pensions are literally in dire straits. They are funded only 27% and 17%, respectively.”

“The entire local and statewide pension system in Illinois is unsustainable. The other five statewide pension funds are funded partly by the state income tax. Democrat Governor Jay Robert ‘J. B.’ Pritzker and his tax-raising cronies want to stick it to middle class taxpayers by increasing the income tax under the guise of a ‘more fair’ graduated income tax, so they can make it through the next election cycle. When the state goes under, they will be enjoying their retirements in Arizona or Florida.”

“Middle-class Kankakee taxpayers would be decimated by the Pritzker income-tax hike if it passes. There is nothing fair about his ‘fair tax’ that will, by design, siphon even more wealth out of the pockets of the middle-class. And his tax increases won’t stop there as we’ve seen with the latest gargantuan gasoline tax hike.”

Michael J. Kick retired from Kankakee County at the age of 55. He currently collects $112,305 a year in pension payments. His contributions to his own pension total $81,845. Assuming he lives to 85, he will collect $2,917,835. Michael is also eligible for a social security pension

Larry Huffman retired from Kankakee Community College at the age of 54. He paid $157,199 into SURS and will collect $4,418,316 in estimated lifetime pension payments.

“All Illinois government new hires should be placed in a 401(k) style retirement savings account, beginning immediately, and the retirement age should be increased to 65. These measures would at least stop the bleeding until comprehensive pension reform can be enacted.”