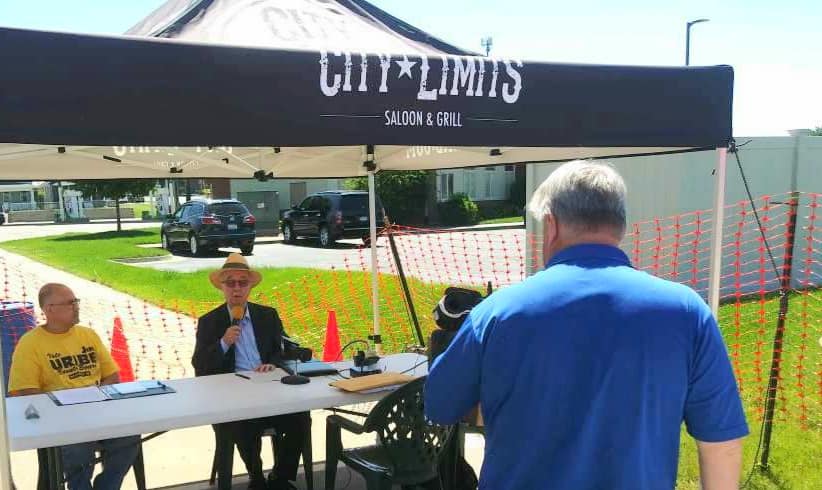 Rock Island, IL – Taxpayers in Rock Island County have had enough of greedy politicians’ lust for other people’s money.

“It’s no secret that all of the increase in taxes is used to prop up a failed government pension system. And as local governments raise property taxes to fund the Illinois Municipal Retirement Fund (IMRF), Democrat Governor Jay Robert “J. B.” Pritzker seeks to raise the state’s income tax to fund the other five failed pension funds.”

“Pritzker’s income-tax theft amendment will be on the November 3, 2020 ballot. If passed, this taxpayer robbery will hit the middle-class the hardest. And after the huge loss of jobs and income from the Covid-19 pandemic, Illinois’ middle-class will virtually disappear.”

“If ever there was a time to tell Pritzker and the rest of the blood-sucking politicians that we’ve had enough, it’s now!”

“As many of you have been struggling without a paycheck, or watching your business disintegrate, here’s what a few of the political elite in Rock Island County collected without a concern about you:

Marshall E. Douglas retired from Rock Island County government and his annual pension is a comfortable $158,956. His estimated lifetime payout is $2,866,238, but his own investment in that lucrative payout was only about 5.6%

Calvin D. Lee retired from Moline USD 40 and collects $229,335 in annual pension payments. His estimated lifetime payout is a stunning $7,328,284! He was able to retire at the age of 58 and only contributed about 5% of his own money into the Teachers Retirement System (TRS).

Bettie Truitt, Blackhawk College retiree, collects $137,575 a year from the State University Retirement System (SURS). Having retired at the age of 52, she will realize about $7,117,914 in lifetime pension payments.”

“These government employees only work 20.1 years on average in order to collect these sky-high pensions. And for every dollar they deposit in their own pension fund, taxpayers are forced to fork over $4.74. Add to that a 3% cost of living adjustment and it doesn’t take a genius to understand why Illinois’ government pensions are insolvent.”

“Rather than put an income-tax theft amendment on the ballot, Pritzker should have pushed for a pension reform amendment because these outrageous pensions are protected by the state constitution. Enough is enough,” said Tobin.